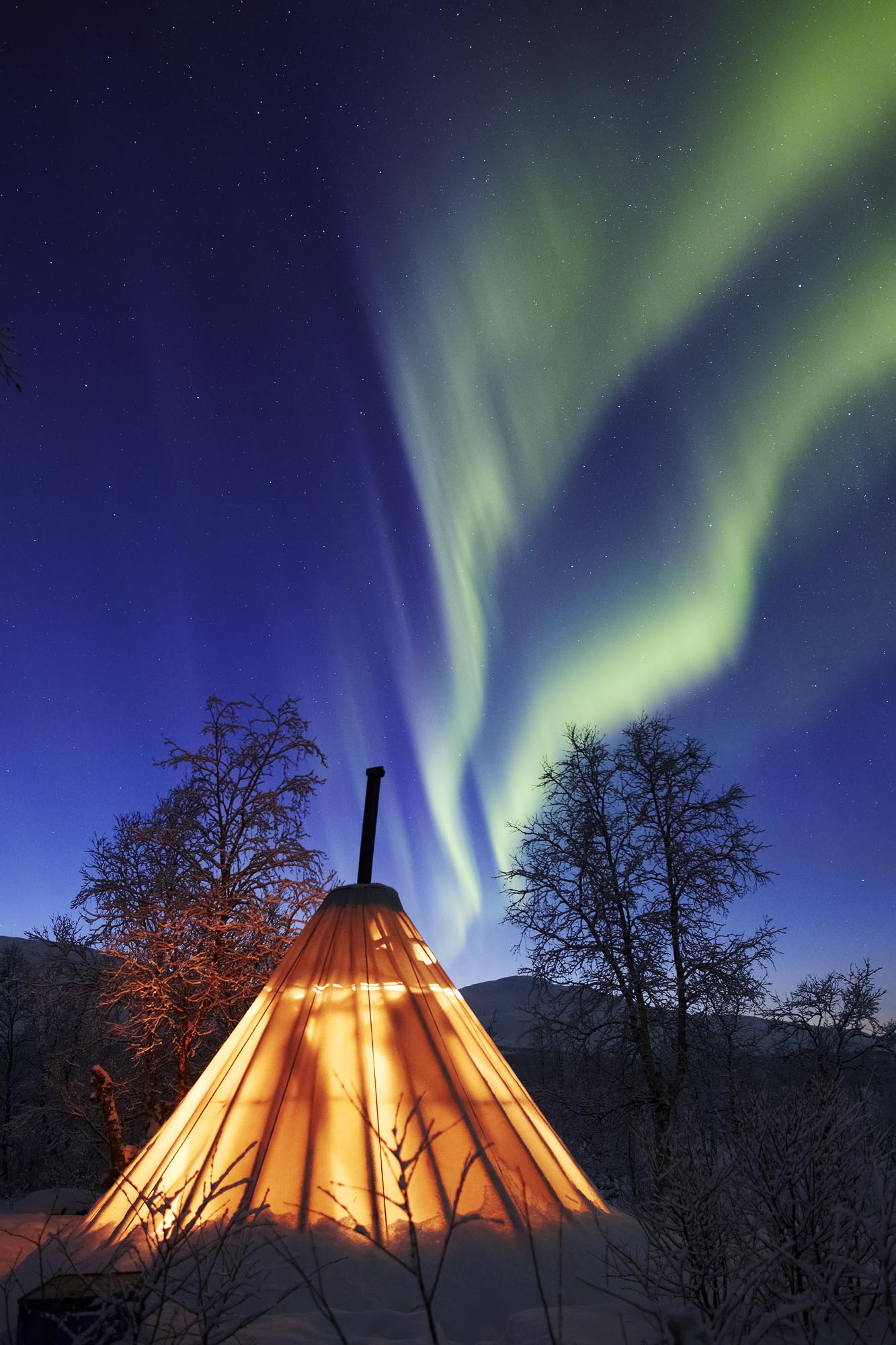 A Husky tour in early winter

At the time around New Year, the dark season is at its peak. Even though the sun does not rise above the horizon, we still have daylight for three to four hours a day. That is enough to get to the next cabin. If there is moonlight the stages can be extended by several hours.

The snow reflects every small amount of light. It is usually much brighter than one is used to in Middle Europe right after the sun has set. The dark season is exactly what makes it possible to see the northern lights. If you want to watch it though, the sky has to be free of clouds and dark – the darker, the better.

Shimmering veils of light dance over the sky, and continually shift their intensity – this is the particular charm of the event. Through reactions on the sun’s surface, small particles are drawn to the poles, and these particles entering the outer layers of the atmosphere cause the phenomenon. Normally, the light has a green-like colour, but may also show in red shimmers. The higher the activity on the sun’s surface, the more impressive are the northern lights. 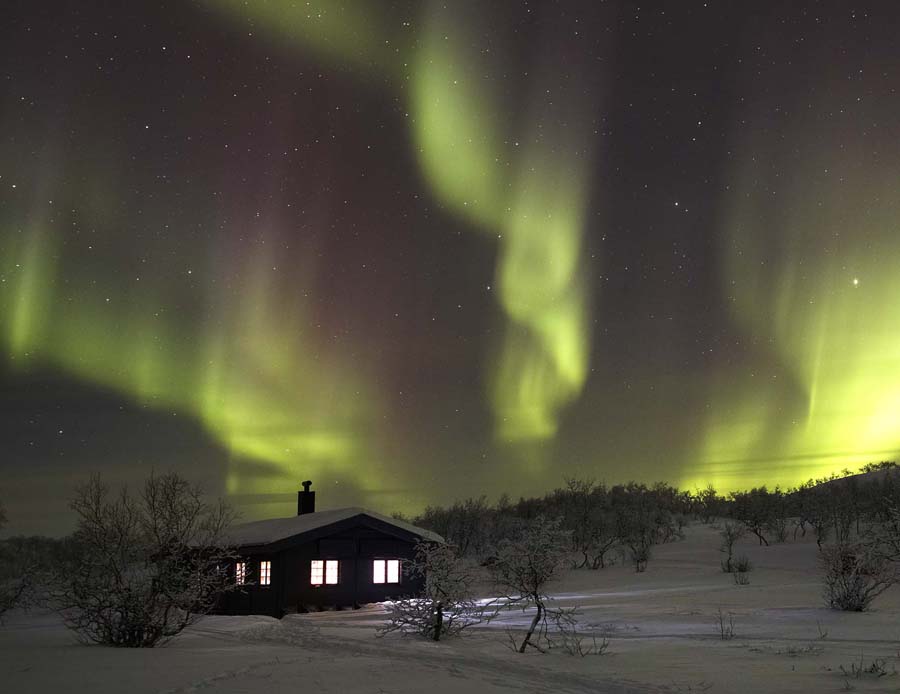 Not only has the Polar light ensured the cosy ambience, but also the long, relaxing evenings in the cabins around Lake Altevatn. For those of you who want a nice, but still adventurous, time around Christmas, these sled tours are just the right thing.

Each day we move forward to the next cabin, or we make day trips from our camp. The tours are not planned in detail in advance, and that makes it is possible to reorganise along the way according to the participant’s wishes.

What you should bring …

Below we have made a list of all equipment proven suitable during a stay in the winter. You should not bring much more, since a dog’s carrying capacity is not unlimited.

Before the tour starts, we will conduct a thorough check of the equipment to see that all necessary items are at hand, and, whether or not any excess stuff may be deposited at Innset. Your personal load will be packed in a large sack and placed on the sledge. Therefore, you do not need to bring wiith you a big rucksack. It may prove better to divide it into two or three smaller packages.

“Defrost liquids”, like rum for instance, are not prescribed by us, but have shown to be handy at night in the cabins or by the fireplace.