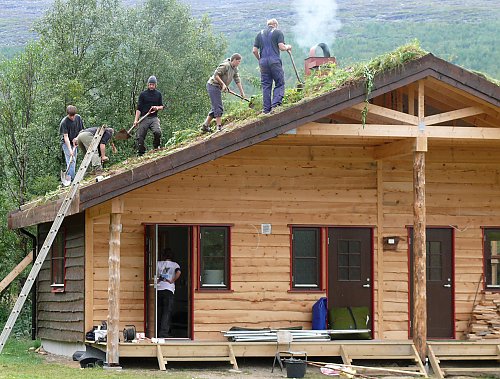 This also includes all other, mostly young people, who prepared our dogs for the touring season with a brilliant training over several months in autumn each year. And that, day in and day out, in often bad, late autumn weather.

They who helped us build the buildings in the snow-free period, who hauled and split firewood from the forest, who spliced ropes and sewed harnesses.

And of course, the many guests, who could not always leave it alone to simply spend their vacations here, but painted the facades with a paintbrush in their hands and took great care of the dogs. All together have ensured until today, that the Huskyfarm as a family business can exist. 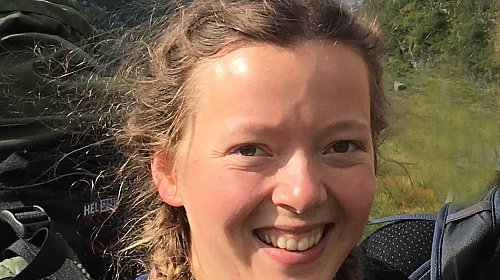 …grew up on one of Norway’s first organic farms on the southwest coast.
She moved to Oslo to study bioengineering and after graduation worked at the university hospital there.
In terms of sports, she is versatile: from dancing to triathlon to being a certified climbing instructor.
In Oslo she met Morten. From then on, the two of them spent a lot of time together in nature summer- and wintertime.
These weekend trips and vacations together and then a warm summer day up at the Huskyfarm in Northern Norway in 2018 led to the decision to move to Morten’s old home.
Both want nothing more than to be close to nature and share that closeness with others.

In the summer of 2020, a new chapter began at Huskyfarm Innset. 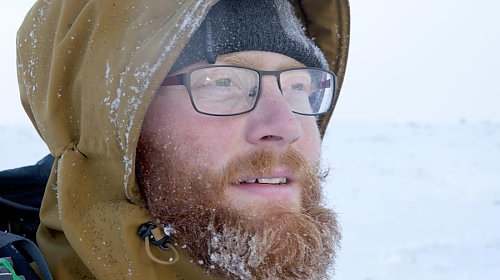 …grew up on the Huskyfarm Innset with dog sledding and the “Friluftsliv”. At the age of 19 he started studying his MScs in economics in Oslo and worked in the administration of the mountain sports outfitter Norrøna, among others.
In all those years he was very active in sports, be it on marathons or the 24-hour cross-country race Marka24. As befits a Norwegian, he also goes hunting. On our Spitsbergen expedition in 2015, which lasted several months, he was among others with Björn on Nordaustlandet.
But 13 years in Oslo were enough: With his partner Anne Margarete and their sailboat, the two set sail in May 2020. Destination: northern Norway.
Both then began their further life on the Huskyfarm in Innset. 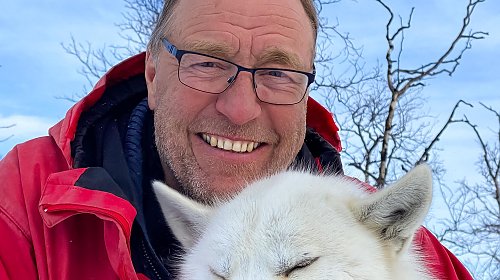 …grew up on the outskirts of Hamburg, Germany and discovered the “outdoor’‘-life at an early age. It was no wonder that especially the northern Scandinavian nature did not let him go.
After his twelve-month hike, which took him over 3,500 kilometers from Oslo to the Soviet border near Kirkenes, he finally found his way to northern Norway.
More than 30 years ago he started to build up the Huskyfarm.
He earns his living by writing and photographing, as a hiking guide and as a musher. He lives together with his partner Katrin, his son Morten and his partner Anne Margarete and the meanwhile above 80 sled dogs on the Huskyfarm Innset. 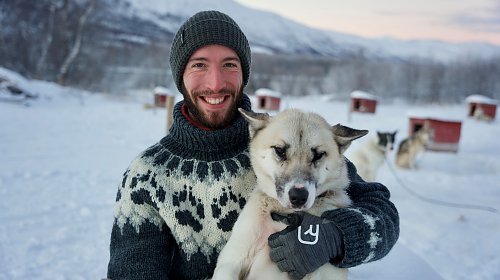 …came by the Huskyfarm in 2018 on his 6500 km hike from the southernmost point of Europe, Tarifa, to the North Cape.
He pitched in for a week in the training season, shortly after it was clear that it would not remain a one-time job. In the following winter season he supported us energetically. In the following year, the trained physiotherapist was responsible, among other things, for the dog training in the fall and the family vacations including the day trips in the winter.
Editing videos is one of his passions. He documents his time in Norway as well as his long-distance hikes through Europe on his YouTube channel “Wanderbursche”.